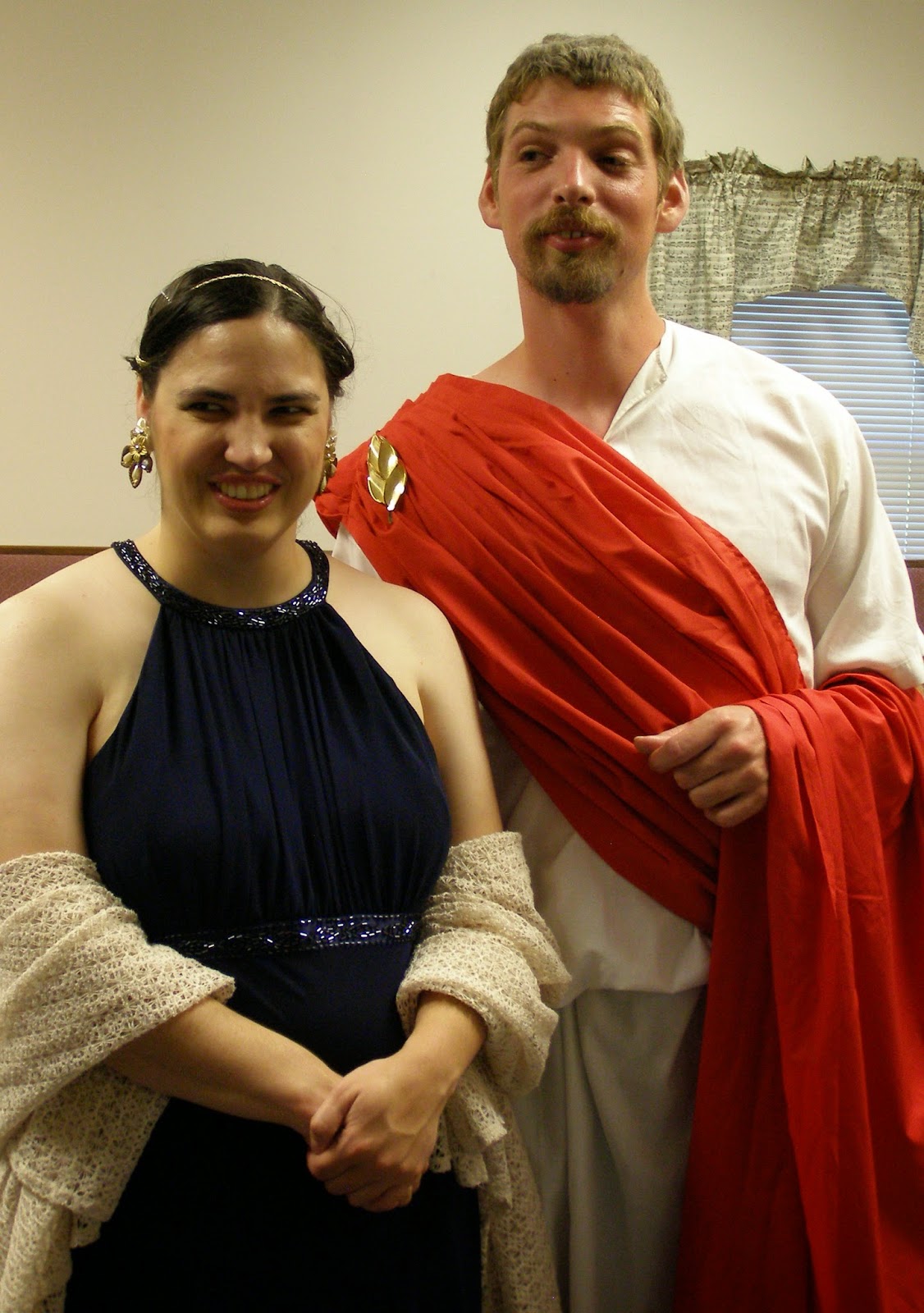 Me and my brother, Justin, backstage in costume as Septimus and Cornelia, a Roman Centurion and his wife.

The play is over.  Our final performance was last Friday.  As always, it was a journey of self-discovery.  I discovered that I'm allergic to mascara.  Since I don't generally wear makeup it wasn't that heartbreaking of a discovery.  I did spend a couple days looking like a football player -only with red rash lines under my eyes instead of black paint.

This was definitely the biggest, most intense play I've ever been involved in.  My previous acting experience was backyard plays with my brothers and a few friends.  Practices happened whenever we could get together, and performance dates were decided once we had things pretty much down.  Adjusting to a strict schedule and a cast of more than five people was a bit of a culture shock.  We were actually interviewed by the Frederick News Post.  (Okay, I wasn't personally interviewed and if you look up the article you won't find my name anywhere.  But still.  A newspaper article.  We're practically famous!)

The most amazing thing is how God brought just the right people in to help- and how we all knew that we had been called to this.  We never would have reached the performance without that because -trust me- everything that could possibly go wrong did.  We had people dealing with sickness, we had schedule conflicts and props that had to be built at the last moment.  I think our director lost about a month's worth of sleep.  Just about everyone was discouraged at one point or another by how massive the task was, and how inadequate we were.  I know God was with us, because I still can't figure out how we pulled it off.  We were completely at the end of our abilities and God just said `here, let Me handle it.'

And now I want to sleep for a week.

Email ThisBlogThis!Share to TwitterShare to FacebookShare to Pinterest
Labels: Plays